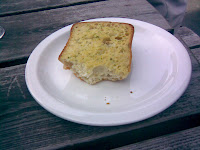 Can’t help it, I hate Barnsley. Well, not really. I certainly don’t hate them as much as some other teams. It’s just that every team we come up against these days reminds me of some time in the past we played them and how much better life was then. Perhaps we need Millwall to get promoted just as a reminder that not everything in the past was enjoyable (which does kind of assume that we don’t change places – but of course if we did drop another division we would not be short of reminders of unpleasant past experiences).

The last time we went into a home game against Barnsley, just nine games into the season, we were sitting in second place on the back of an unbeaten run of seven games, five of which were victories. We had if not a settled and balanced team at least something that looked reasonably coherent, one which certainly had the dab of class that we thought would get us promoted. Weaver, Mills and Powell at full-back, Bougherra and Fortune in central defence, Ambrose, Semedo Zheng and Reid in midfield, and Iwelumo and Varney up front, with Randolph, Sodje, Holland, Thomas and Todorov on the bench. Of that 16, seven are no longer at the club, one is out on loan, and two are out injured; only six will be available for selection tomorrow – and one of those is seemingly about to be swapped for a gnarled old lunatic.

I actually missed the game, having a pre-planned weekend in Lyon. It was disappointing at the time that we did not simply brush aside more inferior opposition and conceded a late goal to be held to a draw. But no more than that. Just a splinter in the banister on the joyride back to the Premiership. Little did we know that that Saturday morning in early October 2007 was the best it was going to get (Palace at home later on being the exception that proves the rule). After an international break we were turned over at Wolves then lost at home to Plymouth and QPR. We all know how it went after that; by the time we tamely surrendered 3-0 at Oakwell in the penultimate game of the season our fate had been sealed.

So basically they owe us one. I’m not sure exactly how and why, but I think we should use our marker tomorrow and have them roll over for a morale-boosting win. After all, we need the points more than them. They are destined to be in a relegation struggle, we still find mid-table to be beneath us, despite some recent performances.

Ambrose for Campo? Seems to have credence, given the comments of the Ipswich manager (although why would someone talk up a player they might be about to sign, surely it can only add to the price?). Ambrose has had so many chances to impress and still so frustratingly fails to impose himself on a game, in whatever position. If he goes I will feel sorry that he has so obviously failed to live up to his promise. As for Campo, why not. It could be fun. He will certainly add character.

As for the team tomorrow, it would appear that apart from Weaver and Bailey nobody covered themselves in glory. In front of Weaver, with Primus seemingly injured Hudson and Cranie are shoot-ins. Moutaouakil will presumably start at right-back, although Semedo replaced him during the game at Ipswich. And left-back is still uncertain, with Cranie and Basey having halves in the spot against Burnley but Youga brought back against Ipswich. I still favour Youga, but others disagree. It is, however, about balance and if Youga plays and Ambrose does not (if he’s going I’d rather he isn’t picked) there has to be a case for Basey on the left side of midfield, even though it’s not ideal. His crossing is a real asset.

Bailey and Holland were reunited towards the end of the Burnley game and started against Ipswich. It’s not a great combination, although I have absolutely nothing against either player with a different partner. I thought Semedo and Bailey could be tried together and this might still be an option. I would continue to leave Bouazza to warm the bench, with Sam kept in. With Gray seemingly absent due to family illness Todorov is (for me) guaranteed to start, provided the legs are up to it. Alongside him it’s a choice of Varney, Dickson and McLeod. Before Burnley I went for Todorov and Dickson to start and that’s still my preferred option. That does raise the possibility of Varney being played out wide, which may suit him better at the moment.

Now a link to the photo. On the subject of times being better tomorrow we may end up in The Crown for a pre-match glass and this would remind me of the last time we did this. Last Saturday. We got there early as some (well one) wanted a drink and others wanted food – and not to have to bolt down some lunch to catch a train. One duly ordered a burger and chips, another what on the menu said was garlic bread, accompanied by choice of sauces etc. In the event the burger went walkabouts and inevitably arrived 10 minutes before we had to leave. The garlic bread arrived earlier. I kid you not, that enlarged slice of bread cost £3.50. Now I like a mark-up, but that is right royally taking the proverbial.
Posted by Blackheath Addicted at 15:45

BA - I've always wondered why Blackheath isn't a bigger pre/post match drinking venue for Addicks as it's only 5 minutes on the right train. Hard for me as I live two minutes away from the Valley, but I would have thought it would be better for anyone on the Blackheath line, especially if they change at Blackheath. I know several different sets of Spurs fans who love a game at the valley because they enjoy a pre-match pint in the Crown. Finger-crossed for 3 points today.